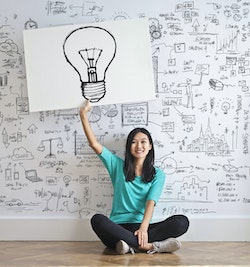 This is a list of projects and ideas associated to each. Each of this can be developed into class, senior, or summer projects. If you are interested in any of these projects, please read this on how to get involved. If you have any questions, please visit our Gitter channel:

Table of contents generated with markdown-toc

Inconsistent relational databases are the ones that violate one or more integrity constraints defined over their schema. We are developing CAvSAT, which aims to be a scalable and comprehensive system for query answering over inconsistent databases.

This project will create a Python client to read raw input data in CSV and JSON form (no nested data), convert to PyArrow tables, partition pyarrow tables horizontally (creating an individual Arrow table for each partition) and write each partition to SkyhookDM as an independent object, formatted with our Flatbuffer metadata wrapper.
Partitioning should be done with JumpConsistentHash on the specified key columns, and will augment to our Python client writer that currently performs vertical (column) based partitioning. Github issue.

This project will develop object class methods that will merge (or conversely split) formatted data partitions within an object. Self-contained partitions are written (appended) to objects and over time objects may contain a sequence of independent formatted data structures e.g., a sequence of Arrow tables each representing a sub-partition. A compaction request will invoke this method that will iterate over the data structures, combining (or splitting) them into a single larger data structure representing the complete data partition. In essence, this methods will perform a read-modify-write operation on an object’s local data. Github issue.

Port wiki to ReadTheDocs or other documentation platform

SkyhookDM’s documentation is currently written as Github Wiki pages. We would like to move it to another platform such as ReadTheDocs, to reorganize it and rewrite some sections as part of this effort. Github issue.

Array data is currently stored as lists within Arrow tables inside SkyhookDM. This project will investigate and implement a small subset of operations on list data types that can be offloaded (“pushed down”) into storage for query processing. Common list manipulations that perform data reduction such as filters or summary/agg methods (min, max, first, in) will be most useful to apply withing storage, since these will reduce network IO transferred back to the client from the storage layer. We can look to awkward array for reference of common operations on scientific array data. Github issue.

HDF5 is a unique technology suite that makes possible the management of extremely large and complex data collections.

Apache Arrow creates in-memory column stores that can be used to manage streamed data. Accessing this data through the HDF5 API would allow applications to take advantage of transient, column-oriented data streams, such as realtime data from high-speed scientific instruments and cameras. Bridging the gap between science applications and analytics tools that use HDF5 and Apache Arrow data streams could bring new kinds of tools and data together. This project will create a standalone HDF5 VOL connector that allows applications to make HDF5 calls to access Apache Arrow data.

Column-oriented storage provides efficient access to fields within records, across many rows. Adding this storage method to HDF5 would dramatically improve performance for applications that primarily access subsets of the fields in an HDF5 dataset.

Sparse matrices have applications in many fields within science and mathematics. Storing and accesssing them in HDF5 is inefficient though, as HDF5 is currently optimized for storing dense arrays. Adding efficient storage of sparse data in HDF5 would dramatically improve performance for applications that wish to store and access sparse data. This could extend beyond sparse matrices proper, and include any form of sparsely populated array or table.

Relational databases excel at many tasks, one of which is content queries. HDF5 does not currently have good methods for indexing and searching available to user applications, although protoyping work has been performed in a git branch. Instead of adding index and query operations directly to HDF5, this project would instead connect a database package, such as RocksDB or VoltDB, with HDF5 and perform query and index operations in the database and array-oriented I/O with HDF5.

The Ceph distributed storage system provides object, block, and file system layer interfaces. PDC has plugabble storage mechanisms and the RADOS object storage layer within Ceph is an ideal target for storing PDC objects. This project would extend PDC to store its objects in RADOS pools.

Popper is a container-native workflow execution engine. This is a list of ideas for projects related to this project is below. For any question, please visit the Gitter channel or Slack channel.

Create example workflows for using Popper for CI’ing projects in distinct languages. Would create an examples/ folder in the Popper repo, and then create one YAML file per example, where every example represents a distinct example for a distinct language. For example, take this example of the Github Actions starter workflow. We would write the same but using in the syntax of Popper. In this case, there would be an examples/ci/python-app.yml file, but the syntax is not the one for Github Actions, it is the syntax for Popper. As part of this, How-To guides will be added to the documentation (docs/sections/guides) for each distinct language.

Take a machine learning library and create a workflow for reproducing results presented in an academic article, a blog post, or a repository README file. For example, take the xLearn main README.md, where they show some charts about the performance of the library. For this project, we would create a workflow that obtains data, installs the library, runs the benchmarks, and produces the charts in PDF/PNG format.

Other examples for which the same can be done are Horovod, Light GBM, Wordbatch, Open Graph Benchmarks or any other blog post, README, or article that you find for which you would like to reproduce its results.

Other projects for which this can be done as well are DPDK, Seastar, Scylla, or any other you would like to work on.

Extract the Workflow Spec from the Popper repository and place it in a standalone repository. As part of this, we will also extend the definition so that it can also be used to define generic, container-native tasks. For example:

A task has the same structure as a Popper Workflow step, with the difference there is no ordering implied in its definition. In other words, a workflow YAML file represents a sequence of steps, whereas a task definition file doesn’t. In YAML terms, tasks is a dictionary whereas steps is a list.

Create a tool called breakdancer (installed as bd) in Go that takes a YAML file containing Boombox task definitions (see above), and executes them on-demand. This allows users to easily automate tasks without having to code them in a programming language, as they only need to provide a YAML file describing which images to run, what arguments to pass, and define Bash scripts inline if needed. Another way of looking at this: breakdancer is as a CLI on-the-fly tool.

Given a YAML file with tasks like the one shown above, assuming it is stored in a tasks.yml file, the following runs the install-deps task:

For this project, we will create a brand new repository, containing all the usual elements of an open source project.

Using the Podman Python API, add support for building and running containers on the Podman engine. Similarly to how it is currently done for Docker (see code here).

Kaniko is a tool that makes it possible to build docker images without root privileges. The Kaniko builder runs inside a docker container as a normal container and pushes images directly to a container registry. In addition, it can be used to speed up the build of images in scenarios where the Docker cache is cold (e.g. in CI systems).

This project consists of adding support for Kaniko in Popper. The main idea is to expose a --kaniko flag that enables the use of Kaniko when building images. For this, the user needs to specify a registry account in the configuration options.

Consolidate the documentation and landing page of the project by migrating to Hugo, and use the Docsy template. This page will reside in its own repository.

Add an introduction section to the documentation. With the aid of diagrams, this section will explain the concepts of: workflows, containers, container runtimes, container engines, container-native workflows, and resource managers.

Create a guide on how to run python- and R-based computational projects using Docker, Popper, Travis and Zenodo in order to address the “long tail” of computational research. One way in which we can guide this work is by looking at codeocean.com and how they address these issues of usability. We would have a list of predefined workflows that someone using Jupyter (R or Python) for computational science research can copy to their projects so that they can launch a jupyter notebook in interactive mode and also run it in non-interactive mode. This guide would explain how to download/upload datasets to Zenodo as well.

You can think of computational projects like R or Python code, that make use of Jupyter and that download data from Zenodo. For example, we can create a github repository template like this one https://drivendata.github.io/cookiecutter-data-science/ that people can checkout. We would modify that one so that it includes a Popper workflow to run the distinct steps. We can create two templates, one for python and another for R. For example this one too: https://arxiv.org/abs/1401.200. Make it so that it reads like Popper as an alternative to codeocean.com

Create a cross-platform GUI to aid in the generation of Dockerfiles. Similar to what https://phpdocker.io/generator but for creating images that are based on Debian (or Ubuntu) or Python, with support for specifying a list of apt and pip packages to include in the Dockerfile. To implement this in a cross-platform manner, a library such as Kivy can be used.

Provide introductory material that serves as an overview to the different concepts and technologies involved in executing container-native workflows: Operating System (Linux), Language Runtimes (e.g. Python), Containers (Docker, Singularity), Resource Managers (Kubernetes, SLURM). The goal being to explain clearly what Popper does and what can users accomplish by using it. Currently, the documentation assumes expertise in all those topics but we would like to lower the entry barrier for new users.